We're pleased to announce the winners of our contest to design the gas station of the future. After consultation with the good folks at Beyond the Edge, we have selected our three winners. Each one had an exciting approach to re-imagining the fueling process for the future. Below, you'll find our winners, with explanations from Beyond the Edge about why they were chosen. You can see all the submissions here.

Beyond the Edge: "While Matt McInerney's Park and Charge may be a less ambitious idea, the concept of building on existing infrastructure (in this case, parking meters) to create charging stations for electric cars is brilliant. Should we all be driving electric cars in the future, we are going to have to find new ways of getting electricity into them, and McInerney's solution could be a viable option." 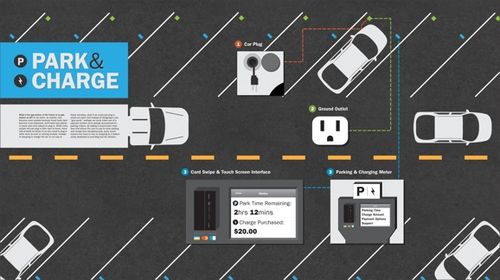 Beyond the Edge: "Dave Pinter's E-Transportation Center is perhaps the most realistic of the three winners. The combination of solar-powered charging station, intermodal hub, and car-sharing location incorporates three innovations that will be key in the re-inventing of our transportation systems." 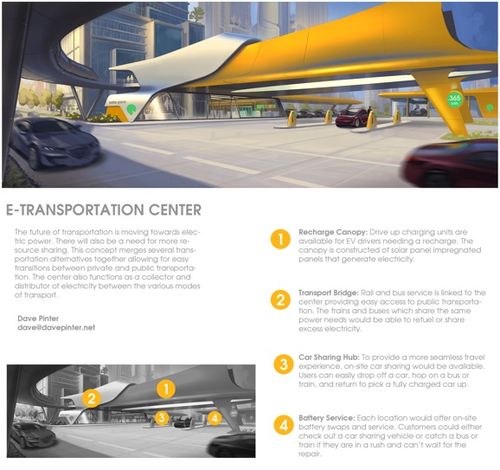 Beyond the Edge: "Alex Dumler's e-Capsule best captures the goal of totally re-imagining the very concept of a gas station. By using rechargeable capsules powered by the sun and by placing charging stations in tree-like devices, the system would blend into the environment. The e-Capsule would allow for an entirely new fueling infrastructure that was not based on gasoline."