President Barack Obama created a White House Task Force on Childhood Obesity,  which issued a new national obesity strategy that contained concrete measures and roles for every agency in the federal government; and First Lady Michelle Obama launched the "Let's Move" initiative to solve childhood obesity within a generation.

Adult obesity rates increased in 28 states in the past year, and declined only in the District of Columbia (D.C.), according to F as in Fat: How Obesity Threatens America's Future 2010, a report from the Trust for America's Health (TFAH) and the Robert Wood Johnson Foundation (RWJF). More than two-thirds of states (38) have adult obesity rates above 25 percent.

The report highlights troubling racial, ethnic, regional and income disparities in the nation's obesity epidemic. For instance, adult obesity rates for Blacks and Latinos were higher than for Whites in at least 40 states and the District of Columbia; 10 out of the 11 states with the highest rates of obesity were in the South — with Mississippi weighing in with highest rates for all adults (33.8 percent) for the sixth year in a row; and 35.3 percent of adults earning less than $15,000 per year were obese compared with 24.5 percent of adults earning $50,000 or more per year.

"Obesity is one of the biggest public health challenges the country has ever faced, and troubling disparities exist based on race, ethnicity, region, and income," said Jeffrey Levi, PhD, executive director of TFAH.  "This report shows that the country has taken bold steps to address the obesity crisis in recent years, but the nation's response has yet to fully match the magnitude of the problem. Millions of Americans still face barriers – like the high cost of healthy foods and lack of access to safe places to be physically active – that make healthy choices challenging."

The report also includes obesity rates among youths ages 10-17, and the results of a new poll on childhood obesity conducted by Greenberg Quinlan Rosner Research and American Viewpoint. The poll shows that 80 percent of Americans recognize that childhood obesity is a significant and growing challenge for the country, and 50 percent of Americans believe childhood obesity is such an important issue that we need to invest more to prevent it immediately. The survey also found that 84 percent of parents believe their children are at a healthy weight, but research shows nearly one-third of children and teens are obese or overweight. Obesity rates among youths ages 10-17 from the 2007 National Survey of Children's Health (NSCH) also were included in the 2009 F as in Fat report. Data collection for the next NSCH will begin in 2011. Currently, more than 12 million children and adolescents are considered obese. 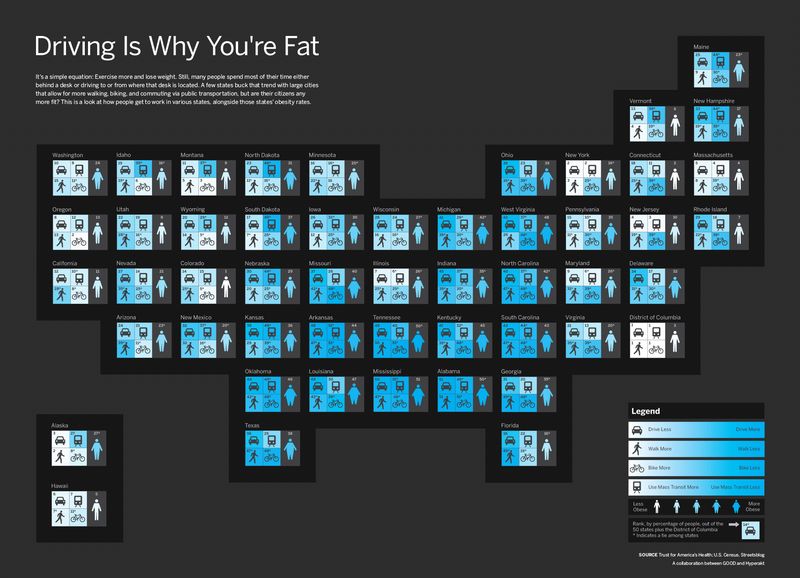