(source TreeHugger) We've known for a long time that one of the things that makes hybrid cars more fuel-efficient is the feedback that you get when driving them. Having a screen that shows you your instant-MPG and a historical graph is a great teaching tool, letting you know what kinds of driving and routes give the best (and worst) fuel economy. Ford wants to push this a bit further with the MyFord Touch onboard computer and the Eco-Route nav feature (kind of an extension of the SmartGauge in the Fusion hybrid). These systems will be available in non-hybrid models starting in 2011.

So like with the SmartGuage cluster in the Fusion hybrid, the MyFord onboard computer will "reward" fuel efficient drivers by showing growing leaves and flowers, and if you're bad and waste fuel, the leaves and flowers will die off and go away. It will also give you the usual real-time and historical fuel economy info (it's customizable, and shows up as a bar graph in the cluster). The most interesting new feature is probably the Eco-Route option in the navigation system.

When a driver provides a destination to the navigation system, MyFord Touch accesses historical and real-time traffic data as well as posted speed information to calculate three navigation options: Fastest, Shortest and Eco-Route.

Eco-Route is not necessarily the fastest or shortest route but is the most fuel efficient. Typically, it charts a course that avoids congested freeways while maximizing the use of major roads where the driver can maintain an efficient rate of speed. When Ford of Europe engineers tested the feature, they achieved up to a 15 percent improvement in fuel economy using the Eco-Route.

Up to 15% doesn't mean that you'll always get that kind of improvement, but it's certainly nice to have the option. Maybe the next step is to have your car remind you that there's a bus route close by and that your bike is gathering dust in your garage? 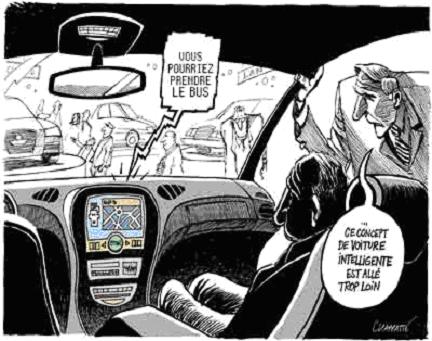