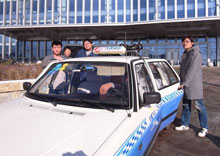 A new Shared Taxi system will save costs for local employers and employees who pay to take a taxi home in the evenings when the public transportation services have ended. The system matches together people traveling to the same areas. Users interact with the system via a touchscreen interface in the lobby of the office building.

On average, 300 of the 3500 people working in the office building take a taxi home in the evening, which amounts to taxi charges of millions of Chinese RMB per year. Avego's new system will reduce these costs by 40%. 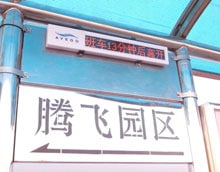 Avego has also setup its Futurefleet system, with LED signs displaying real-time passenger information for a shuttle bus service between Avego's office building and the entrance of Ascendas park. Employees can now make better decisions about whether or not to make the long walk to the entrance of the park, or wait for the next shuttle bus.

Anyone interested in learning more about Futurefleet or Avego’s Shared Taxi system should contact the Avego sales team today.

The next age of government